Olivia has failed to make her mark in London so she returns to Cornwall. She must get a job to support herself and has no idea what she has let herself in for when she starts working in the gardens at Usherwood Estate. She becomes involved with the owner, Charlie Lomax. Charlie has a brother, Cato, who fled to Hollywood after a drunken car crash. Olivia finds herself tangled in both the brothers' lives when Cato decides to come back to Cornwall. This novel delivers complex characters and the family rivalry draws you in. The storyline is unpredictable and exciting but is not the sexy bonkbuster that Victoria Fox's fans are used to. (SG)

Robin, Turquoise and Kristin are all famous - although some profess to be more famous than the others. The novel tells the story of the drama that comes with their fame and the ties that connect them. Victoria Fox does well in keeping the reader guessing, and doesn't make the ties too obvious. The novel is full of sex scenes which are graphic without being cringeworthy. Overall this is a good read centred around the celebrity lifestyle. It's one to pack in the suitcase to read lying by the pool with a cocktail and some oversized sunglasses. (SG)

The subtitle for this book, Sexy, Sensational, Sinfully Good, pretty much sums it up. The story is told primarily from three points of view: Lori, a beautiful Spanish girl trapped in a Cinderella nightmare; Aurora, a spoilt, utterly ignored teenage daughter of two successful country singers; and Stevie, a London native who moves to New York to start over. For all of the glamorous locations and people, the guts of the story is focused on a very seedy, dark underbelly of Hollywood, and each of the three women comes to this unsavoury element through different paths. Lori, in trying to escape the evil stepmother and stepsisters, is rescued by the mysterious and attractive JB Moreau, whom we are told repeatedly is Up to No Good. Yet he seems to treat Lori extremely well, appearing as her knight in shining armour. She becomes a top model and moves to Los Angeles. Aurora, a hot mess if ever there was, meets Pascale, a French bundle of complexities and curiosity, at boarding school; Pascale's uncle is JB Moreau. And Stevie becomes a movie star and meets Xander, an actor-director who gets very skittish anytime JB Moreau's name comes up. Moreau is the magnet that draws the three women - amongst other people - to the island of Cacatra. Something very nefarious is afoot on Cacatra, and our three heroines become involved in it. The plot is convoluted - there are a LOT of characters and subplots - yet this is an edge-of-your-seat pageturner. Victoria Fox knows how to create characters who draw us in, and she can tell a story. She writes some decent sex scenes, too. Another thing the author does well is create some ambiguity with her characters. JB Moreau is a bad guy. He does very bad things and he poses a threat to everyone in his orbit. Yet ... he helps Lori, and cares about her. And he rescues another character. In fact, the theme of rescuing and saving is bigger than any temptation. That Stevie is stronger than she realises does not surprise us, because she left a terrible situation in London to try to save herself. Aurora, too, must save herself, because her parents certainly aren't interested. Temptation Island might be better titled Deception Island, because nothing is as it appears. But whatever its name, this is a fun book that you will not want to put down. (AP)

Actress Lana Falcon is married to Hollywood powerhouse Cole Steel and about to star in the most-anticipated movie of the year. But it's not the fairytale marriage everyone thinks it is because of her husband's controlling ways and her heart still belongs to a past love. Las Vegas casino owner Robert St Louis is about to get engaged to heiress Elisabeth but another man has his eye on her. English model Chloe - who is dating arrogant rock star Nate - gets a chance to make it in Hollywood but she gets on the wrong side of an ageing beauty. As in all good bonkbusters, all these over-the-top characters' lives soon intertwine in a tale of lust, betrayal and revenge. There's lots of suspense and shock value built in - although some developments are so paper-thin, you could see them coming a mile off. Nevertheless Fox has delivered a pageturner of a debut about the wicked ways of the rich and famous. 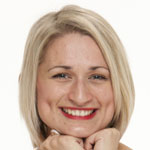