After divorcing her husband and her mother's death, thirty-year-old Celeste Hamilton moves back into the family manor in Suffolk to help out her two younger sisters, Gertie and Evie. The family rose business could use a big boost and the house needs some serious renovations as it is slowly falling apart. Celeste can think of a possible solution: selling some of the family paintings in order to be able to pay for the renovations. But will it be enough or should they consider selling the family home instead? The Rose Girls has everything a great read should have: a captivating plotline, a fascinating group of characters, a good touch of romance, and a lovely setting. The story is mainly set in a big country house in Suffolk, England and thanks to the author's vivid descriptions I was able to visualise it all in my head. I fell in love with these three sisters who are trying to save their family home and business, while also having their own issues to deal with. This provides the reader with several storylines to focus on. Victoria Connelly has a fantastic writing style and has clearly done her research for this novel. I really felt like I got to know the characters and warmed to Celeste, Gertie and Evie without any trouble. The secondary characters also really added their own special something to the story, especially elderly lady Esther. If you're looking for a women's fiction read to take with you on holiday or just a book to get stuck in for a few free hours, look no further. The Rose Girls is a stunning, charming, captivating read which I really enjoyed. (JoH)

It has taken her some time but Nina has finally found the courage to change her boring and unhappy life. She has ended her relationship, quit her job, and is looking for a new place to live. Nina isn't sure what she wants to do with her life, but she's already looking forward to that next step towards something new. While she's at the supermarket, she unexpectedly bumps into her old boss, Olivia Milton. When she was a teenager, Nina used to babysit Olivia's two sons Dominic and Alex, and now, after all these years, it appears Olivia would like to make use of Nina's services again. Her husband Dudley is writing his first novel and could use a secretary to help him. Nina can't say 'yes' fast enough and soon she is welcomed back the Old Mill, the amazing Milton family home. To Nina, this is the start of an exciting summer which includes her new job, the untrained family dog, and the handsome Milton boys... Victoria Connelly has done it again; what a thoroughly enjoyable summer read! A Summer to Remember has everything a romantic comedy should have: a fascinating cast, a beautiful scene setting, handsome men, and an entertaining storyline. The book includes a great cast of main and secondary characters. I liked Nina and how she decides to turn everything in her life around and start doing what she wants instead of what she feels she is expected to do. The Milton family is a collection of eccentric but easily loveable and individual characters. The plotline is perhaps not that unique, but I loved what Victoria Connelly has done with it to give it her own twist. The novel really transported me to another place and made me feel all warm and happy inside; I didn't want to put it down and I didn't want the story to end. Overall, A Summer to Remember is another brilliant Victoria Connelly read; a sparklingly sunny and gorgeous read that will definitely bring a smile to your face. Perfect holiday reading material! (JoH)

Alice Archer is and always has been something of a Plain Jane, fading into the background compared to her younger sister, Stella. When Stella's latest boyfriend breaks up with her, she reluctantly asks Alice to accompany her on their planned holiday to the Greek island of Kethos. As Stella lazes by the pool, Alice immerses herself into the island venturing to the Villa Argenti where she meets local gardener Milo. It is said that the statue of Aphrodite housed in the garden of the Villa grants wishes for love and Alice nonchalantly wishes that men really notice her. But wishes can't really come true, can they? I'm not really much of a fan of magical or supernatural plot elements so I was a bit apathetic towards the direction this novel moved with the wish plot, particularly as I found the novel, the characters and particularly the predicament of Alice and her relationship with Stella engrossing enough. However, the magic adds something whimsical and lively and contributes to the enchanting feel of the novel. A nice summer read. (JC)

Stressed out with Hollywood and needing a break, A-list actress Connie Gordon runs to a small village of Lochnabrae in the Scottish Highlands to escape. Not only is Lochnabrae home to her unofficial fan club, but it is also home to Alistair the playwright. Meeting Alistair, Connie realises that she isn't the only one running away. But can Connie run away forever and will she work out what she is really running from? It would be very easy to dismiss this book as a chick lit cliche, the storyline might read a little predictably, but it is a wonderful book. The quirky characters from the village pull you in and you can't help but love Maggie. The weather and the scenery are described so vividly that you actually feel like you're transported to the Highlands. An excellent example of chick lit. (AB)

aka Dreaming of Mr Darcy

As a lifelong Jane Austen fan, Kay can't believe that she was able to open her own bed-and-breakfast - aptly named Wentworth House after Captain Wentworth - in Lyme Regis, the region where Austen's novel Persuasion took place. How lucky can one girl get? Pretty lucky, it seems. A cast and crew, who are in town filming the movie version of Persuasion, encounter problems at their hotel and are forced to stay at Kay's B&B. As the gorgeous actors converge on Wentworth House, one man stands out above all others: Oli Wade Owen. Oli is the most handsome man Kay has ever set her eyes on and he seems to think she isn't so bad herself. As Oli starts to show Kay the affection she's been craving, she can't help but think that maybe there is another man she should be looking at ... one who isn't an actor and won't break her heart. Though the story is light and breezy, sometimes, Kay can be a bit self-centred and naive. But apart from this perhaps imperfect heroine, the story has a cast of colourful and fun characters who will stay with you even after you put the book down. (AS)

Katherine Roberts and Robyn Love have both had disastrous love lives. While Katherine has had a string of bad relationships, Robyn has been stuck in an unhappy one for as long as she can remember and she doesn't know how to escape it. So when the two of them head off for a weekend at a Jane Austen conference, neither of them expects anything but lectures and Austen-related gatherings. Katherine is speaking at the conference but secretly hopes that her favourite author Lorna Warwick will be at the conference. She has little hope though, as Lorna is a very private person - not even making any public appearances to promote her books. Robyn, on the other hand, is looking to find a little bit of peace while she decides what to do about her boyfriend, Jace. However, that isn't too easy to do when Jace decides to tag along and stay at a local B&B. Little do they know that the weekend has a lot more in store for them than either could have ever expected, which all adds up to some life-changing decisions. This is filled to the brims with complex relationships that mirror some of the characters from Austen's novels. It's a sweet novel, with characters who are lovable and down to earth. However, it does seem at times as though there are too many things packed into one weekend. About halfway through the book, it seems as though a week has gone by but it's only been one day. Other than that, it's a book that is recommended whether you love Jane Austen and fantasise about your own Mr Darcy or not. (AS)

Florist Molly Bailey has just discovered she's won 4.2 million pounds on the lottery. But since her grandfather, father and brother's attitude to money would make Scrooge look generous, Molly realises she can't let them get their hands on her winnings. Instead she decides to give most of it away to people in need. So she takes off on a journey across Britain, leaving behind bundles of 50 pound notes and yellow gerberas. Meanwhile small-time reporter Tom Mackenzie realises he may be on to the story of a lifetime, and with his young daughter Flora, takes off after the mysterious benefactor. When he realises Molly is his woman (far too quickly in my mind), the story soon puts Tom and Molly on the front pages and sets the grumpy Bailey boys on to her trail too. Perfect for days when you need a feel-good story that won't tax the brain cells. 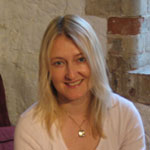 The Secret of You