Molly married the man of her dreams but just two short years later, Alex has become a stranger. After suffering a head injury, he is left with severe side effects, including dramatic changes in his personality and problems with his memory and behaviour. Molly is determined to stay with the man she loves, but as the situation becomes more strained between them, she is forced to re-evaluate her life and her marriage to Alex.
Given the title and the current trend in women’s fiction, I had expected this one to be another novel of the psychological thriller/domestic noir kind and though the story is definitely more sombre and serious than a traditional romance, it sits somewhere between the two genres and is certainly not either a psychological thriller or a straight romance. I did think there was lots more potential with this story to go down the domestic noir route and the direction of the plot was rather predictable. However, once I’d got my head around the fact this wasn’t going to be a psychological thriller, I warmed to the story and particularly enjoyed the depiction of Molly and Alex’s life, and the characterisation of Alex. The author makes the situation and relationship feel authentic and the small moments of romance and love are made all the more special when they appear. Not what I was expecting as a novel but an interesting and different take. (JC)

Jessica Hart fell in love when she was fifteen. Unfortunately, it was with her maths teacher, Matthew Langley, and he was imprisoned for his involvement. Seventeen years on, Jessica and Matthew – with his new identity as Will Greene – are about to meet again for the first time since his arrest. Now both adults, Jessica and Matthew are free to start over but with partners and children, as well as having to come to terms with their past, it’s not easy to move forward.
Rebecca Done does a superb job with a taboo subject, so much so that she has you rooting for Jessica and Matthew in the present day like any normal couple. She also brilliantly dissects the nuances of the taboo and challenges the archetypal stereotypes. The pacing of the novel could have done with some work – the book overall runs quite long and the climax and the finale are conversely abridged. But it's a book you'll want to race through for the conclusion to Jess and Matthew's story and, as with all aspects of their story, Done doesn't make the ending straightforward. One of the most intriguing and provocative love stories I've read, it gives a whole new angle to the concept of forbidden love. (JC) 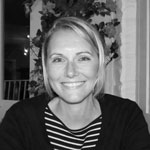