After the pain of miscarrying twins and then facing up to the reality of never being able to have children, Gracie Davies’ life doesn’t seem to have much further to fall. But then her partner, Lewis, betrays her too. Moving in with her sister, it’s time for Gracie to take stock and re-evaluate and whilst Lewis sees the error of his ways and looks to win Gracie back, landscaper Ed and Hollywood film star Leo also have Gracie in their sights. But Gracie has her own focus too as she looks to start The SW19 Club – Miscarriage Matters. Author Nicola May has brought her own personal experiences to this novel and it’s a brave and admirable thing to do and hopefully many women will benefit from reading it and gain comfort from Gracie’s journey. Obviously handling such painful issues as fertility and miscarriage can be a struggle and May somewhat compresses these themes and focuses much more on Gracie’s love – and sex – life and the novel actually feels quite upbeat and positive, and rather raunchy! Indeed, at times this reads somewhat like a bonkbuster. Similarly the SW19 club is not as central to the narrative as one may assume and although other characters are introduced, this is very much Gracie’s story. Whilst Gracie is a relatable, amiable character, unfortunately the same can’t be said of the novel’s men and one in particular, Ed, the gardener, was quite problematic for me. Understandably, the more harrowing themes aren’t explored in full, but May’s novel starts a very important conversation and hopefully other writers will take her lead and give these topics the attention they deserve. (JC)

Ruby is recently widowed and doesn't think she can ever be happy again. That is until she meets Michael, who starts to fill the gap in Ruby's life. To try and come to terms with the death of her partner, Ruby volunteers at the BOWWOW (boyfriends of widows, wives of widowers) club. Here she meets a cast of characters who are all in the same boat. Over the course of the book she learns how to love again and learns that she will never be alone. This is an enjoyable sequel to Working It Out. (LL)

Alana is a single mother trying (and largely failing) to bring up her daughter and balance her career without the father of her child. Joan is a stay-at-home mum with a large brood who lately has noticed her husband doesn't seem to be around as much. Mo is stuck in an abusive relationship with an alcoholic husband and struggling to make ends meet for her daughter Rosie. Dana is desperately trying for a second baby and wanting a bit more freedom from her husband. And Gordon is a gay man bringing up twin girls. What all of these people have in common is Featherstone Primary School, where each weekday morning they drop their children off and each afternoon they collect them. Told inventively over the course of a school year, this novel delves into the lives of these seemingly disparate characters, charting their individual ups and downs as well as the friendships and connections that join them together. It is a great concept for a novel and one that is replicated outside every school. The novel is very ambitious, with its myriad plots and characters, something of a literary soap opera, and at time it suffers as a result with several storylines feeling somewhat rushed. However, the novel offers a very innovative style of writing with the narrative shifting between characters as they literally bump into each other, which is very refreshing. A nice read, with some great emotional content. (JC) 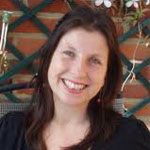