Planning for a new future without her husband, Kate has run away with her young daughter Heather. Changing her name to Rachel, she intends to hide out at an isolated old manor house, where she is to be caretaker for the new owner in their absence. But they are not as alone as she first hoped, with two elderly women living in a nearby cottage. And soon the company she is housesitting for announces that more people will be moving in.
With the story also flashing back to a narrative set in 1926, slowly the history of the house’s previous occupants and Kate’s trauma are revealed. With a tightly woven and unpredictable plot, it makes for an engrossing read.

Delilah Young has fallen in love with John Stirling, she is his second wife. He encourages her to quit her job in London and come live permanently in Dorset. Delilah, not being used to so much free time, starts to wander around the Stirling property and runs into John's father, who has dementia, calling her by another name. When she stumbles upon a picture of his mother Alex, Delilah starts to investigate but what she finds will affect her current life with her husband. Back in 1965, Alex Crewe marries Laurence, the man that her father had chosen for her. She ends up moving to London in the barracks where Laurence works. She tries so hard to make the marriage work but she is always alone. One day she runs into her childhood friend Nicky Stirling. They start meeting at his London apartment and she soon realises she has fallen in love with him.
This story goes back and forth from the present day to 1965, anchored by both women living in the same house. It's another great read from Lulu Taylor, she offers up a great mystery involving the past and present for two women married into the same family, with plenty of atmosphere provided by the old house setting. (CG)

Three very different people celebrate their birthdays on the same day. Daddy Dangerfield is a powerful man with a just as powerful temper. He has three children but only loves and cares for one, Daisy, who shares his birthday. That is until a shocking secret is revealed and she is thrown out of the family. Daisy has always been accustomed to living in the lap of luxury but now she must work for the first time in her life. And she wants to seek revenge on Daddy for treating her so badly. And then there is Chanelle who was born on the same day as Daisy. She grew up on a rough London estate with an alcoholic and drug-addicted mother. She desperately wants a taste of the good life which she finds she can have when she goes to Daddy Dangerfield's birthday party. Another great read that will keep you entranced. (CG)

Identical twins Octavia and Flora Beaufort have been hidden away for years. On their 21st birthday, their aunt Frances - who raised them after their dad was killed in a plane crash and their mother ran off - announces that they are now allowed to have their inheritance and join the world. Octavia, excited to leave home and learn about all the things she has not been allowed to experience, starts buying everything she sees. But Flora does not enjoy the free rein they have just been given - nor basks in the limelight as an heiress. When she is almost attacked walking home one day, she is saved by Otto, a man she believes is looking out for her best interests. She decides to marry him and leave with him to his home in Germany. Octavia, still in her whirlwind high society world of shopping, fashion and men, starts to miss her sister and suspects something is not right. With these two girls having been brought up so sheltered, do they have the strength to deal with the shadiness that money and fame brings? And when they need each other the most, will they be there for each other?
With all the elements of mystery, love, sex and money, Lulu Taylor has an uncanny way of making the reader feel like they are in the story. A hard-to-put-down book - her best yet! (CG)

The Midnight Girls were made up of three girls: Allegra McCorquodale, the daughter of an earl; Romily de Lisle, the wealthy granddaughter of a famous French painter; and Imogen Heath, Allegra's friend since childhood who she has financially supported through their schooling at the prestigious Westfield School. After one of their Midnight meetings, the girls accidentally kill a fellow student, Sophie. This incident becomes a secret that will haunt the girls for the rest of their lives. As time goes by, though the girls keep in contact, their lives go in different directions. But it seems their secret is not going to stay hidden for much longer. Ten years down the track, Romily is rich beyond her wildest dreams but her wealth has its downsides. Imogen is a married mother but tragedy strikes, while Allegra finds out the truth about the one she loves. Can the Midnight Girls band together again to help each other or is the secret of what happened all those years ago going to have deadly consequences?
This is an alluring novel you can't put down as even though you may have an inkling what is going to happen, there's always a new twist. (PP)

The Trevellyan sisters have it all - success, money and any material object they want. But Jemima also has a boring marriage so in her quest to relieve the tedium she starts up random affairs with other men. Tara has made a life and a living of her own, and now she's looking to make a name for herself away from her family. Poppy who has lived beyond her means all her life wants no part of the Trevellyan money or fame. When their mother dies and leaves them the family business, the sisters have no choice but to band together. Their mother's will says they have one year to turn the family perfume business around or she will give the business to the one person all three sisters hate. A great escapist read for a debut novel and I cannot wait for more of her books. (CG) 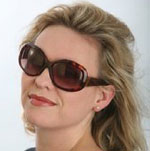