Best friends Lana and Kitty can’t believe their luck when they’re invited to live and work on board the yacht, The Blue. The crew is a young and lively one, skippered by New Zealander Aaron and assisted by fellow Kiwi Denny, German Heinrich, Canadian Shell and Frenchman Joseph and the plan is to sail from the Philippines, where Lana and Kitty board, all the way to New Zealand. At first, the experience is idyllic, but soon things begin to turn sour and Lana quickly learns that there’s nowhere quite as claustrophobic as a boat in the middle of the ocean. And then disaster strikes. The Blue is a well-crafted and gripping suspense. Initially Clarke does brilliantly at creating the sense of wanderlust and paradise and then slowly eroding it with the increasingly unsettling and portentous vibes. Although there’s romance, friendship and family issues thrown in there, it’s essentially a good, compelling mystery with clues that slowly and surprisingly unravel. Not all of the revelations felt completely satisfying, but there’s an astonishing final twist in the epilogue. Don’t expect a neat and resolved conclusion to this one, but the ending left me (excuse the pun!) all at sea, but in a good way. (JC)

Eva has been with Jackson for two years, married for 10 months, when he's presumed drowned whilst fishing. It's hardly enough time for them to really get to know one another and as Eva struggles to share her sense of loss over Jackson, she realises she needs to be with his family, a family she's never met and barely even spoken to, in Tasmania. They will know what she's going through and can help her to stay connected with Jackson's memory. However, when Eva arrives unannounced, Jackson's father Dirk and brother Saul don't seem to want her around. But as circumstances keep her in Tasmania, she begins to break through to Saul but what she learns about Jackson is not at all what she was expecting. A terrifically gripping read, the mystery, drama and suspense of this novel really makes you want to rush through to the end in a single sitting to get to the bottom of the story. Clarke does superbly well to put the reader in Eva's shoes and to drip-feed the facts at a carefully measured pace. Some of the twists and turns are quite easy to anticipate and it's possible to see the ending quite early on. The ending itself opens up a whole new range of complexities and issues, and rather than neatly wrapping these up or creating a definitive conclusion, for me it only made things messier, less certain, less clear. And I would have liked more from the finale. Nevertheless the journey to the ending is fascinating and overall it's an absorbing read that I would recommend. Definitely one to share and discuss. (JC) 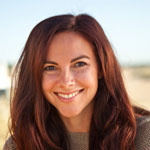