There once were four women who felt like they didn't fit in anywhere. Sylvia has been alone ever since her sister Minnie's death, Cindy works in a lingerie shop and has a deadbeat boyfriend who controls her, Diana has just moved to America with her new husband, and Lise is a professor teaching creative writing courses but really her dream is to publish her own book. Diana decides one day that she wants to meet new people so puts up an ad in a local bookshop for a book club and meets the other three women. They soon become close friends who entwine themselves in each other's lives through thick and thin, through hospital scares, pregnancies, failed marriages and lost jobs. These women will discover once and for all what it is like to really have a sister who cares for you no matter what - even if they are not a blood relative. This was an entertaining, heartwarming read about friendship, aimed at women aged 30-plus. (PP)

When Mercury Lauren set out to become an author, she didn't expect to be tagged as a "chick lit" author. Nor was being constantly condescended to and snubbed by almost the entire literary world plus her own family on her to-do list. But somehow her brilliant satire was branded as chick lit. Now, Mercury feels that the only way to redeem her work and raise her status to that of the "literary" elite is to have one of her books reviewed by the esteemed New York Times Book Review. Miraculously, a golden opportunity to impress the editor of NYTBR falls quite unexpectedly in Mercury's lap. But it happens so unexpectedly, that in an ultimate faux pas she not only antagonizes the editor Frank but also manages to make sure that he doesn't even consider her work. And thus begins the hunt where Mercury tries to salvage her folly and literally stalks the NYBTR editor (virtually as well as physically) to persuade him to review her work. This book is without any doubt an absolute riot right from the outset, with its equal measures of wit, sarcasm and snarkiness. This is a laugh-out-loud encore of Pride and Prejudice yet it has a unique, hilarious spin. The best part was that the reader can relate to Mercury's lone struggle - in order to be recognised and accepted by her own kin when she is herself battling with her own anxieties. There is also a delicious assortment of characters including the sardonic family, an angelic book agent and a National Book award winner who turns out to be Mercury's rival yet best friend. (PD)

Johnny Smith is a typical nice guy who enjoys guy things and has a load of friends but can't seem to land that one special girl. When he finally meets a woman who he thinks could be the one, he is faced with hordes of advice from family and friends on the image he needs to present in order to win the girl. Based on the advice, he recreates himself into someone practically unrecognisable and wonders if it's just a matter of time before the charade blows up in his face or if he will get the girl. I really liked this story and felt an instant connection to Johnny. The entire story is told from his perspective and through his eyes, the reader is introduced to his family and friends and are given a birds-eye view into his entire life, beginning with his birth and the death of his mother, his awkwardness with the opposite sex, his childhood and adolescent crushes, his numerous stints as Best Man and his near instant friendship with almost every man he meets. In spite of his dismal failure at finding his soul mate, Johnny is a very likable and down-to-earth guy. The plot was very easy to get into and though I guessed early on how it would play out, I still enjoyed the ride. I especially enjoyed what Johnny had to go through to acquire a cat and his General Hospital marathons. My only issue with this story was with Johnny's aunt and her constant reminders to Johnny how he killed her sister. That really got old and tiresome and I could only imagine how annoying it would be to hear that and have it thrown in your face your whole life. It impressed me that Johnny took it in stride and didn't let the fact that he grew up without his mother make him feel inadequate or bitter. The Bro-Magnet was a very good story with likable characters, a plot that progresses smoothly, and dialogue that is entertaining and often laugh-out-loud funny. I highly recommend this story if you are looking for a fresh perspective from the opposite sex with an entertaining twist. (SH)

Imagine one moment you are reading Little Women by Louisa May Alcott and the next you find yourself actually in the story. That's what happened to Emily March one day in 2011. Transported back to the year 1860, Emily must learn to live like the March clan. Will the March sisters realise something is up as a 21st century teen tries to fit into their world? And is Emily destined to remain the "Middle March" and not get back to her family back home? This is a fun novel that will take you right into the heart of Little Women. Although it's aimed at younger readers, it's a book that will be enjoyed by any lovers of this classic tale. (PP)

Scarlett Stein is sick of people thinking she's too pretty to work as a librarian. Stuck in her condo with chicken pox, she thinks long and hard about her friend Pam's comment that men like her only because of how she looks, not for who she is. So Scarlett goes from swan to ugly duckling by cutting her hair, gaining weight and wearing dowdy clothes and glasses. To complete her transformation to Lettie Shaw she moves to a different house and job. Will she meet someone who loves her just the way she is - whether she's a frump or a knockout?

In the sequel to The Thin Pink Line, just as Jane reaches the end of her fake pregnancy, she finds a baby abandoned outside a church on Christmas Eve. She throws a New Year's Eve party for her family and friends to reveal all about her pregnancy and the new baby, who she christens Emma. As Jane makes plans to become Emma's foster parent, she befriends a black woman to help her learn about the baby's heritage. But then her book, the Cloth Baby, comes out and looks like spelling the end to her foster chances. The story then heads towards a too-predictable conclusion.

Jane Taylor, a 29-year-old assistant editor at a publishing firm, thinks she is pregnant. But when she gets her period, she is disappointed, especially when she realises how much attention pregnant women get. So expecting to fall pregnant any day to boyfriend Trevor, she fakes a pregnancy test by drawing on a pink line. Soon she's invented a tilted uterus, appointed a tarot-card-reading midwife and even tried to buy ultrasound pictures off expectant mothers. Then a publisher hears of her story, and convinces her to continue the charade so she can write about her experiences of what to expect when you're not really expecting. 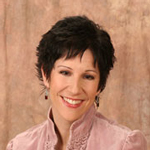 How Nancy Drew Saved My Life