It is in Cambridge, October 1958, that Jim and Eva’s paths first cross. Despite not knowing each other, their connection is immediate but the future for them has three possibilities. There are other experiences, other relationships, other children, but in each version there is always Jim and Eva, though whether they can find each other and stay together is unknown. Laura Barnett’s ambitious first novel is a stunning piece of fiction that fuses the literary and the commercial and redefines the romantic. Indeed, though there’s plenty of romance in here, it’s never cliched or overwrought – it’s romantic without being romanticised. With her characters, Barnett creates incredibly believable personages, fallible, real and flawed. But the real triumph of this novel is its amazing multiplicity and the way the author handles the three competing narratives and not only distinguishes them for the reader but makes each as momentous and significant as the other, so that no one narrative dominates or emerges as the favourite. Although, having said that, I did feel that the narrative which sees Jim as father to Dylan lacked his perspective as much as the other two. As with the romance and the characters, each narrative is real and imperfect, a reflection of the difficulties and challenges of life rather than an idealised portrait. The near-misses, lapsed opportunities and small subtleties deliver frequent poignant blows and Barnett punctuates each narrative with compelling cliff-hangers. The short chapters and forward-moving time-frame – the book follows the three versions of Jim and Eva’s story from 1958 through to the present day – maintain an appealing momentum and though the stories have inevitable similarities, by and large, it’s easy to keep them separate in one’s mind. The book does demand a certain concentration and commitment but Barnett really does give the reader three times the satisfaction in her beautifully balanced triptych. One book, three brilliant stories, three heart-breaking endings - loved it. (JC) 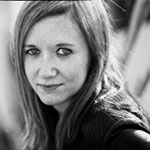