WAGs at the World Cup

The uber fabulous WAG Tracie Martin is back with lots of glamour, trouble and WAG-ishness like only a true footballer's wife can do. When her husband, Dean, is promoted through the England coaching ranks, Tracie is beyond ecstatic. So, even though her husband swears her to secrecy until the team makes the announcement, Tracie can't help but go and help out some guys at the local TV station make a promo video to get more funding. The result is a fiasco and it turns into the most-watched YouTube video of all time. The team decide it would be best for them if Tracie heads off to South Africa, where the World Cup will be held, a little early to get away from the British press. Of course, Tracie continues to be a media magnet even when she has the best of intentions. Her open drunkenness is not popular among the South Africans and she is not warmly welcomed. And she is still desperate to become best of friends with the Wonder WAGS like her idol Victoria Beckham. But no matter what she does - including buying a telescope to spy on them - goes over too well. When Tracie discovers there is a betting syndicate out to make England lose the World Cup, she just won't have her beloved Dean losing after he's worked so hard. So, what's a WAG to do? Besides making sure she is orange enough, drunk enough and thin enough, Tracie must find a way to stop the betting syndicate in its tracks. Of course, doing it all in her best bikini wasn't part of the plan, but that's life for a WAG. This book - the third in the series - is absolutely hilarious with many laugh-out-loud moments. Tracie's escapades are so fantastic that you won't want it to end. Who wouldn't want to live vicariously through one of the coolest WAGS out there? It's an essential read - even when the World Cup is over - and an instant classic. (AS)

Kelly Monsoon is leaving behind her small, cold flat she shares with her two best friends Sophie and Mandy to move in with her new boyfriend. Who just happens to be Rufus George, one of Hollywood's hottest actors. Kelly works for a British theatre company and met Rufus while he was treading the boards there. And although Kelly devours Heat every week, she still finds settling into a celebrity's life difficult. With super-critical stylist Elody overhauling her body and her look, the paparazzi capturing her every move, and Rufus back in LA spending time with a gorgeous co-star, Kelly finds she is losing touch with her old life. Don't get thrown by the cover illustration and back cover blurb - this isn't about planning a celebrity wedding at all. In fact there isn't a proposal in sight for the first 250 pages and Rufus only appears as a guest star. A sequel is in the works.

Tracie Martin, one of the Chicklit Club's favourite characters, heads to LA after husband Dean is signed up to coach the LA City Raiders. She is ecstatic as she plans to move in next door to Victoria Beckham and become best friends at last. But she is surprised to find that LA women are not what she expected - they are tanned golden rather than fake-baked orange; prefer wheatgrass shakes to Cristal; and are more likely to be saluting the sun than stumbling in from nightclubs after dawn. With Dean so busy at the club, Tracie hooks up with Jamie, her "knight in shining Lycra". Together they sample LA's sights and meet her long-lost father. From running into some of the cast of America's Most Wanted to trying out for cheerleading sans underwear, this sequel is just as hilarious as the original.

Tracie Martin has been a WAG for 12 years. Now married to Luton Town captain Dean, she knows everything you need to know about being a footballer's wife. Like wearing skirts short enough to show your knickers, ensuring you maintain a healthy orange glow and choosing a ridiculous double-barrelled name for your children - all while knowing absolutely nothing about offside rules and penalty shoot-outs. As Dean's career begins to wind down, Tracie is concerned that the new breed of WAGs aren't maintaining standards. So she takes a writing course and begins work on her own handbook. Soon she finds herself in the limelight as her words of WADdom are picked up for a national newspaper column. Posh, watch out - there's a new Queen WAG in town. And WAGs do yourself a favour - we know you don't read books but pop this one into your oversized designer handbag. (Note: This column was kept under 300 words to adhere to WAG laws.) 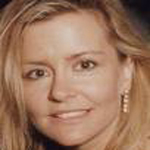